Pipe Creek Township, like several other townships in Madison County, is named after the tributary that runs through it--Pipe Creek.  The creek, however, is named for the Delaware leader Chief Pipe, also called Captain Pipe.  One of his Delaware names was Tahunquecoppi meaning "Tobacco Pipe." 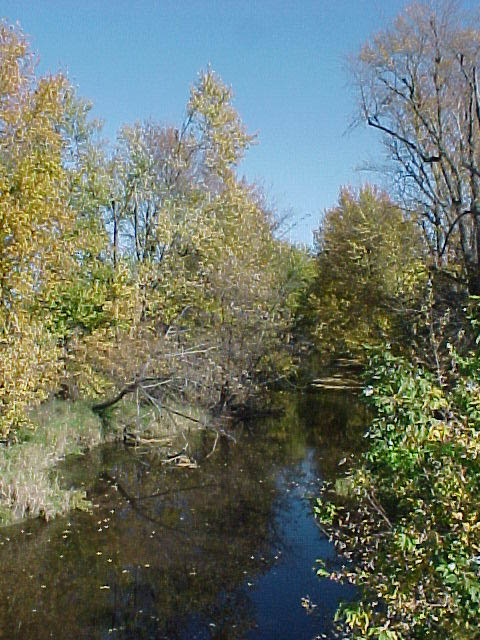 Chief Pipe was born in the mid 1700's, is documented as living in what is now Ohio, signed several treaties, and died around 1818.  He was famous as a war chief who sided with the British during the War of 1812.  According to local folk history, Chief Pipe eventually resided with his branch of the Delaware near what is now the village of Orestes in Monroe Township to the east of Pipe Creek Township. Chief Pipe, Tahunquecoppi, also, according to the local story, died at Orestes and is buried there.

John Shell and his family settled near the banks of Pipe Creek in 1830/31.  Two years later, Jacob Sigler, with his extensive family, settled on land where Frankton now stands.  The town started as simply a post office on Pipe Creek on July 12, 1838; it had, at that time, no other name than just the Pipe Creek post office.  Francis Sigler,1813-1865, was the first postmaster.  With the addition of the Pittsburgh, Cincinnati & St. Louis Railroad, entrepreneurs Francis Sigler and Alfred Makepeace laid out the town on March 3, 1853, and named it after Sigler's nickname of "Frank."  The name of "Frankton" was made official in 1854.  (For more on the Sigler family, go to the Sigler Cemetery page.  More information on the Makepeace family can be found on the Otterbein Cemetery page.)

In 1832, Walter and William Etchison arrived from North Carolina and Reuben Kelly from Virginia as well as Peter Job and John Chamness.  John and Joseph Miller came to the area in 1833, the latter being the first blacksmith in the township.  Also in that year, Elijah Dwiggins scouted the area for his relatives John and Daniel; they and their families followed a year later.  Samuel Howard settled in 1835; Noah Waymire and Henry Plummer in '36.  Other settlers before 1840 were James Thorp, Dr. W.H. Ebert, Edmund Johnson, Caleb Canaday, Arthur Legg, and Benjamin and Hezekiah Denney.

It should be noted that the only road through the area until 1836 was the Indianapolis-Fort Wayne Trace (now destroyed), and it was "simply cut out but not worked."  This means the path was marked in the trees; there was no road bed.  The trace was later improved on and changed to run up Pipe Creek past the cabins of the settlers, crossing the creek at spots were the ground was more substantial.  The first schoolhouse in the township was built in 1836 by Jacob Sigler on his land in Frankton; the first teacher there was a Dr./Mr. Perry.  The Madison County history adds that the "Hon. Joseph Sigler taught many terms of school in the township in an early day."  The title of "Hon." in that time usually denotes a lawyer or judge, and so this statement is meant to suggest a high quality of education.  The Frankton M.E. Church was organized in the summer of that year at the home of Reuben Kelly. The first store in the township was operated by Elijah Dwiggins in 1837.   The Frankton Christian Church was started at the home of Elijah Ring in 1839, and the first sawmill was built in 1840 by Joseph and Daniel Franklin.  In that same year, a J.C. Montgomery had the first "wet weather corn-cracker" in the township erected on Big Branch Creek.  "This was a remarkably rude affair, but is said to have made a good quality corn-meal, that which the pioneer so much needed," states the 1880 Kingman Brothers' history of the county.

Frankton has its civic pride and sense of history.  Pictured left is the Frankton Heritage House and at right is a close-up of the sign.  Frankton's Heritage Days,  an autumn festival held just north of town across Pipe Creek, is looked forward to and is well attended every year by area residents.

Platted on March 1, 1853, by James Anderson, the town of Elwood, in the northwest corner of the township, is a later developing settlement than Frankton.  Elwood's post office was established two years later on February 5, 1855; William Barton was the first postmaster.  The town was originally called Quincy, but since there was another settlement of that name in Indiana, the name was changed to "Elwood" in 1869.  Most likely the name was chosen to honor Homer Elwood Frazier, a son of one of the founders.  Like Frankton, Elwood is also situated on the Pittsburgh, Cincinnati & St. Louis Railroad; however, the town is on a different White River tributary--Duck Creek, which flows along the western sections of the township. 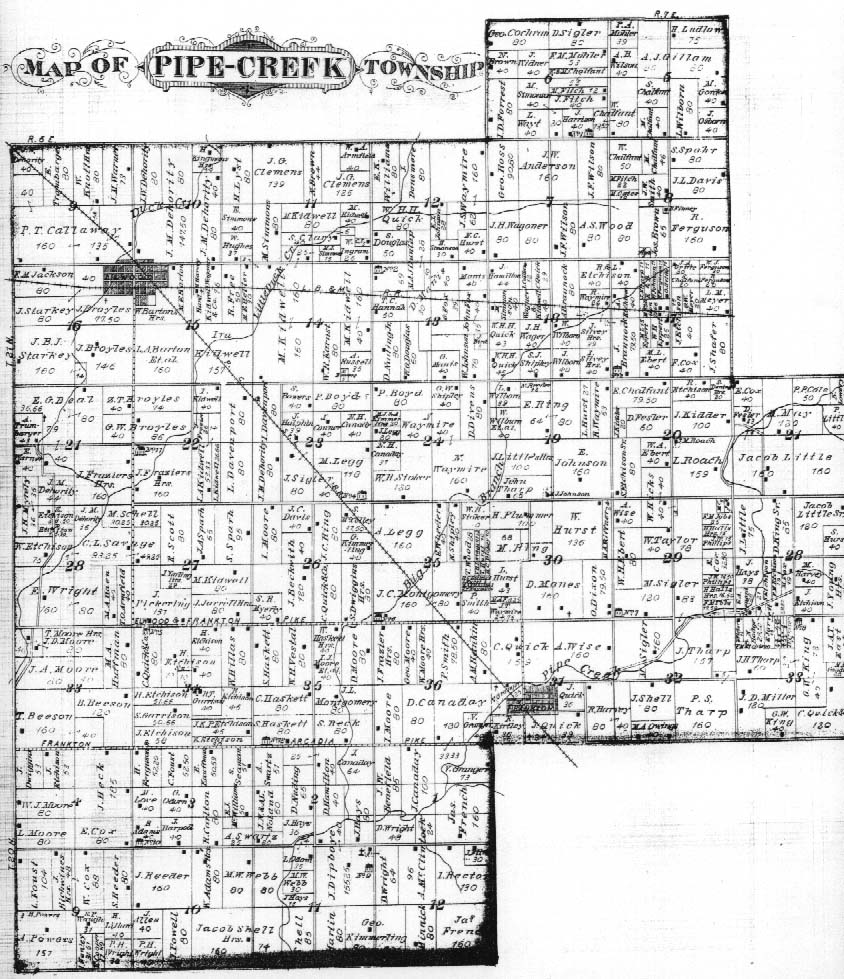