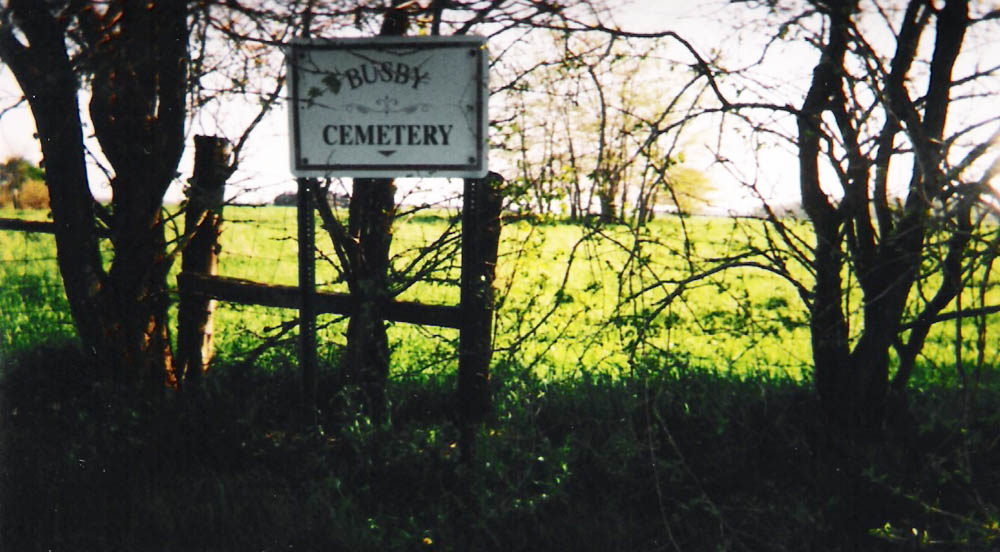 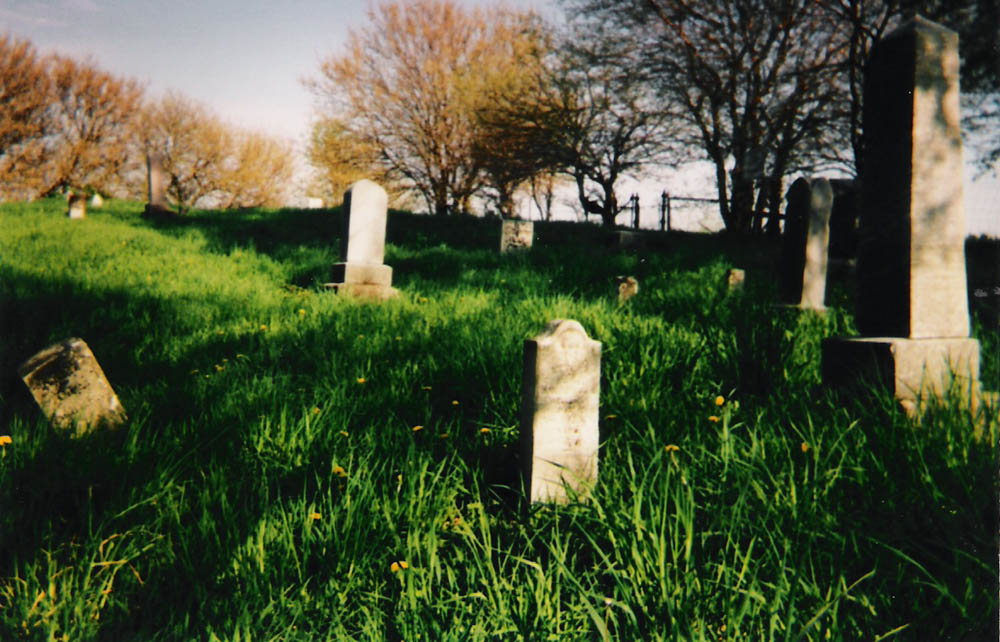 The large Busby family came from Virginia to the county around 1825.  Originally there were three brothers John, Thomas, and Isaac who, with their relatives of several generations, homesteaded land in Fall Creek and Stony Creek townships.  According to cemetery records, there are two Isaac Busbys at this family cemetery.  The first Isaac Busby died in 1843 at eighty-three years old, and the second, his son probably, died in 1874 at seventy-eight years old.  Of the second Isaac Busby,1796-1874, Samuel Harden says:

"Isaac located three and a half miles east of Pendleton on what is now the Pendleton and New Castle Pike, where he lived for a period of thirty-five years, and where to a great extent he developed the native forest into one of the finest farms in Fall Creek Township.  I first became acquainted with Mr. B. in 1855.  He was one of those men the more you know of whom the better you like them.  He was an excellent fireside companion, and well posted on the Scriptures and political matters.  In faith he was a Universalist, believing in the salvation of all mankind.  Indeed, this seemed to be his theme.  It is said that every man has his hobby, and I may say of this man, that salvation was his.  Mr. B. was a Whig till the party ceased to exist, after which he acted with the Republican Party.  He took a lively interest in the late war [Civil War], and his best wishes were with the boys in blue.  He, like his brother Thomas, lived to see the war close, and peace once more smile before he laid down to his last slumber... Isaac died in April 1874, aged seventy-four.  His funeral was one of the largest ever witnessed in the southern part of the county  He is buried on the farm originally owned by him, in the Busby Cemetery.  Mr. B. was a large man, full six feet high, bent with age, thin visage, small, piercing gray eyes, high forehead and florid complexion."

This Isaac was also present at the very first "old settlers' meeting" held between Pendleton and Huntsville around 1856.

Another family to point out from the list below is the one headed by John Surber, 1802-1875.  John came from West Virginia with his brothers Moses, Henry, Joseph, and James and settled the family on Lick Creek in 1828.  According to author Harden, John was said to be the strongest man in the county.  He could cut and split five hundred wood rails in a day and walk two miles to work and back.  He supposedly had the strength of two men. 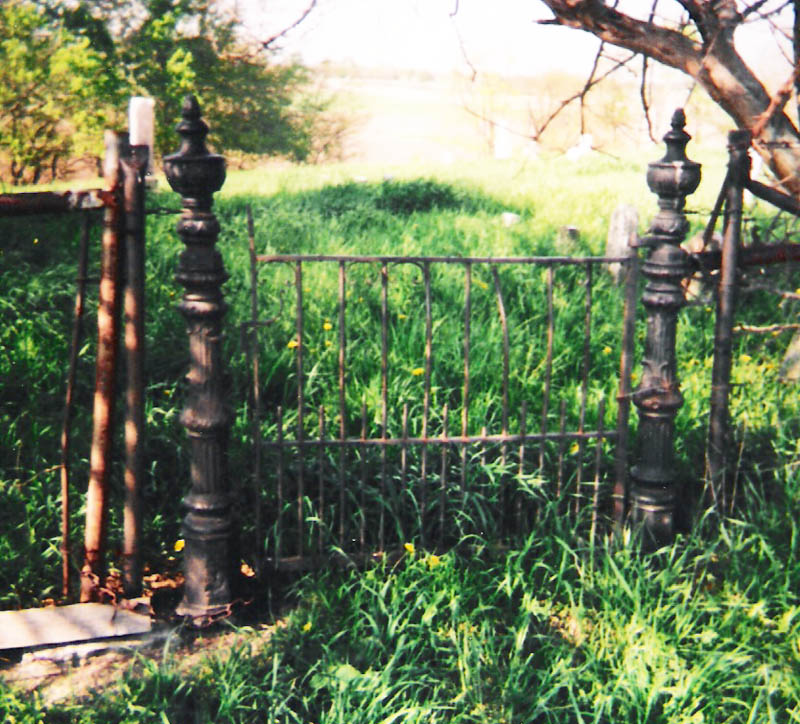 While the Busby has been maintained by the township trustee and fortunately has not been vandalized, time, weather, and circumstances have still taken their toll: fences deteriorating, stones fallen over, and undergrowth encroaching.

The pictures on this page were taken by descendant Virginia Johnson in 2006.  In the fall of 2007 Fall Creek Township Trustee Mike Hart and the Madison County Cemetery Commission began planning for a general cleanup and face-lift in 2008 of this pioneer cemetery.   Additionally, strategies will be discussed on how to save and incorporate into the new fencing the beautiful mid Victorian wrought-iron gate shown above.

The Busby, as can been seen in the views above, sits on a high hill surrounded by Hoosier pastures and fields.  Therefore, access to the burial ground is a little more complicated.  One should obtain permission from the resident farmer who may have to help visitors negotiate across the land and through the herds.